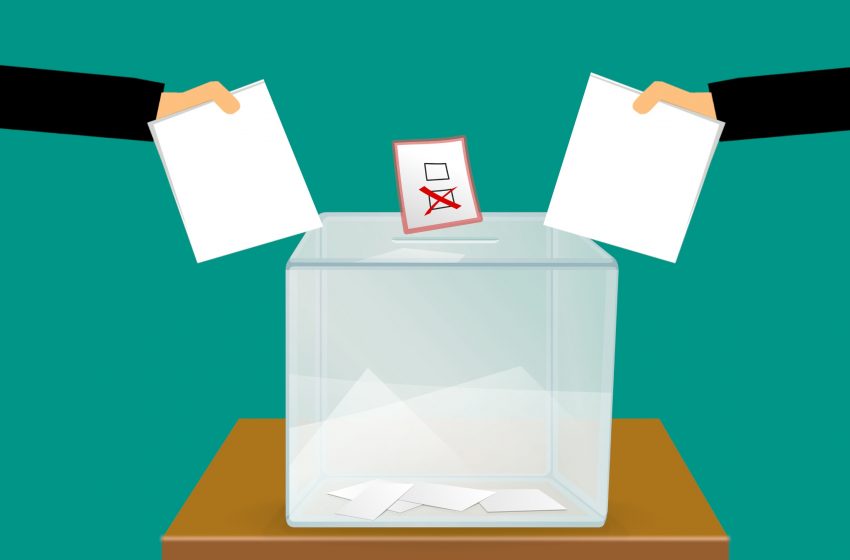 The 2024 Republican presidential primary has already drawn in one huge name former President Trump and several other major candidates are expected to follow.

President Biden, if he runs again, would be 82 by the time of his second inauguration. His approval ratings are low, inflation is high and there are mounting fears of a coming recession.

Here is who is running in the Republican primary as of today. This list will be updated. Declared candidates

Trump entered the race on Nov. 15, becoming the first major candidate to do so.

In his speech, he promised that Americas comeback starts right now and that he would revitalize a nation in decline.

But Trumps speech also drew some criticism for being unusually listless. It also came at a time of political vulnerability for the former president, who came under new fire for his supposed culpability for a poor GOP performance in the 2022 midterms.

Even so, Trump leads the clear majority of polls regarding the 2024 nomination battle. He has vast financial resources and the resolute support of a big share of the GOP base.

But he is far from inevitable, and virtually no one expects him to have a clear run to the nomination. Unclear

DeSantis has said less about his 2024 intentions than some other contenders.

Perhaps thats because he doesnt have to do so.

The Florida governor is clearly Trumps most serious rival for the nomination. Whereas Trump was diminished by the 2022 midterm elections, DeSantiss reputation was enhanced thanks to his emphatic reelection victory.

The appeal of DeSantis is straightforward: He advances the same populist-right causes as Trump and is just as willing to involve himself in culture war battles but brings less self-defeating chaos in his wake.

For now, DeSantis mostly extols his record in Florida rather than making direct hints of a 2024 run. But he is widely expected to get into the race.

Cruz proved to be Trumps most serious rival in the long and bitter 2016 nomination battle.

The Texas senator has a complication when it comes to 2024, however he is up for reelection to the Senate the same year.

Cruz recently confirmed he will run for his third Senate term. But he also sought to keep the door open to a presidential bid.

Cruz is one of the most high-profile conservatives in the nation, but DeSantiss rising star complicates the electoral calculus for him.

Noem, who comfortably won reelection in November, came to national prominence with her combative opposition to COVID-19 restrictions during the pandemic.

Those trying to figure out her 2024 plans get conflicting clues.

In an interview with Major Garrett of CBS News in July, Noem said that she expected Trump to run and if President Trump runs, Ill support him.

But in the immediate aftermath of the midterms, she sounded a different tune. Noem told The New York Times that Trump would not give the GOP its best chance in 2024.

Our job is not just to talk to people who love Trump or hate Trump. Our job is to talk to every single American, Noem added.

As the governor of a rural, heartland state, she might consider herself well-placed to do just that. Considering a bid

Haley at one point had pledged that she would not run for the 2024 nomination if Trump did so.

She has plainly moved away from that position.

At a Republican Jewish Coalition (RJC) event in November, Haley declared that she was looking in a serious way at entering the race. Ive never lost an election, and Im not going to start now, she added.

Haley, the daughter of Indian immigrants, could be an emblem of a more inclusive Republican Party in a post-Trump era. Her most high-profile moment as South Carolinas governor came when she supported removing a Confederate flag from statehouse grounds in the wake of a racist massacre at a Charleston church in 2015.

But she has also flip-flopped in her attitude to Trump himself, earning herself a degree of distrust among the GOP grassroots.

Pence has been open about his presidential aspirations.

In a November interview with ABC Newss David Muir, Pence said he and his family were giving prayerful consideration to a run.

In the same interview, Pence said he believed the GOP would have better choices than Trump for the 2024 nomination.

Pence often polls third in the early running, but he is a long way adrift of Trump and DeSantis.

He also has higher unfavorable ratings among Republican voters than most other front-line contenders a consequence of his turbulent relationship with Trump.

Pompeo has not officially declared, but it looks like only a matter of time before he will.

The former secretary of State who served, prior to that, as Trumps CIA director has visited the crucial early states of Iowa and New Hampshire and has also run digital ads across the country.

Pompeo is a contributor at Fox News, one of the best platforms for reaching Republican voters, and his rsum gives him some foreign policy gravitas.

But its not exactly clear what the rationale would be for a Pompeo candidacy. Other possible candidates

In a CNN interview with Dana Bash shortly after the midterms, Hogan left the door open to a presidential bid. Hogan said the GOP needed to broaden its appeal like Ive done in Maryland.

Hogan, a moderate who will leave office in January, added of the prospect of a 2024 run, That lane is much wider now than it was a week ago.

Christie has emerged as one of Trumps most vigorous GOP critics, even though he endorsed the then-candidate earlier than most in 2016 and later worked on his presidential transition.

Christie told the recent RJC meeting, The reason were losing is because Donald Trump has put himself above everybody else. His 2024 plans remain unclear.

Scott, the Senates only Black Republican, is talked up by his supporters as someone who could unite the fractious factions of todays GOP.He has traveled to some of the key early states making three Iowa trips between June and October but has otherwise remained coy about his plans. Not Running

Multiple media outlets reported in early November that Cotton had decided against a 2024 run.

The conservative Arkansas senator apparently cited worries about the effects of a campaign on his family, including two young sons.

There has been no official statement on the matter from Cotton, but Politico reported that he had been reaching out to donors, supporters and senior Republicans to tell them of his decision.